When I was 7, I remember sitting on the sofa, vibrating with excitement, as I waited for Frosty the Snowman to come on television.  The highlight of the month of December for me was the Rankin/Bass Christmas Specials.

The grown-ups had It’s A Wonderful Life, White Christmas and Miracle on 34th Street, but we had Frosty the Snowman, Rudolph the Red Nosed Reindeer, The Year Without a Santa Claus, Santa Claus is Coming to Town and The Little Drummer Boy.

Now every Tom, Dick and Harry has a Christmas Movie. Don’t get me wrong, they have their place. Since the 70’s Hollywood has brought us Christmas Vacation, A Christmas Story and The Muppets Christmas Carol. But let’s face it, nothing can compare to that special feeling the Rankin/Bass folks gave us with their stop animation or “Animagic”.

The who’s who of Hollywood in the 60’s and 70’s gave their voice to these timeless classics:

However, it has recently come to my attention that many of my friends have never even heard of some of these movies! And if they have heard of them, they haven’t seen them. Which means…. THEIR KIDS HAVE NEVER SEEN THEM!!!!!!!!!

We must remedy this (and by we, I mean I). So here is the list of Best Christmas Movies for Kids – Old School!

I am going to go from least known to most, in case you have a short attention span.

Let’s start with this classic one:

Santa Claus is Comin’ to Town

– this one stars Fred Astaire and Mickey Rooney and is the story of how Santa came to be. This is where we meet some friends: Burgermeister Meisterburger and The Winter Warlock . It has two cheezy psychedelic music numbers, if you are a fan of cheezy psychedlia you could probably handle it once. Your kids, on the other hand, might want to fast forward. This scene is one of our favorites, Santa and his friend Topper the penguin teach Winter Warlock how to become a nice person.

The Year Without a Santa Claus

–  this was always one of my favorites, for a while I remember there was some controversy about this movie and it was taken off the Christmas Television Specials Playlist for a while. Thank goodness it was returned to us, this is the movie that brought us Heat Miser and Snow Miser. My boy just couldn’t get enough of it, he sang it over and over and over – and over and over. I actually have video of him singing this every year from when he was 3 until now (he’s 8) priceless.

– This one was a little scarier and I guess I had suppressed it, because I didn’t remember the details until I saw it again. It is the only Rankin/Bass special to actually address the TRUE Christmas story, and it is definitely worth the watch.

– Who could forget that lovable snowman who’s very first words were “Happy Birthday!” 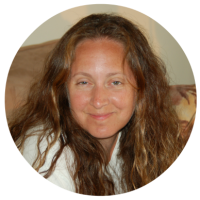