I have a secret – I’m not a perfect mom. No, seriously. I’m not. It’s okay. I’ve come to terms with it, but it wasn’t so easy to acknowledge at first. And it all started with my divorce.

Divorce can be hard on kids. I’m from a broken home myself, so I know this first-hand. So, when I found myself in a bad marriage, I struggled with whether or not to stay.

On one hand, I was miserable, but on the other hand, I didn’t want to hurt my kids. Eventually the unhappiness I felt started to take a toll on my mental well-being and I realized I wasn’t helping anyone by staying. So, I finally decided to leave.

I told myself I was going to do things differently. I couldn’t bear to see my children suffer because of my bad decisions. My ex-husband and I agreed to keep things civil, spend equal time with the children, and live close to each other. We thought we could shield our two boys from the pain of divorce. But guess what? We failed.

At first, we thought the boys were okay. Sure, they had to do some adjusting, but they seemed to be taking it well. My ex-husband and I tried to work together while starting separate lives. The boys spent equal time at both houses because we wanted them to have a good relationship with both of us. Eventually, we both remarried, and I had children with my current husband.

I felt like it was going pretty smoothly – until my oldest son started changing. It didn’t happen overnight. Instead, it crept up slowly over time. So slowly, I didn’t even notice at first.

While I was busy floundering in the world of newborns once again, my oldest son was retreating inward. He was always so quiet and self-sufficient that I mistakenly assumed he was okay. In reality, he was drowning in sadness and aching for attention. He didn’t understand this new family and missed his old one. But I was so distracted, that I didn’t even see it.

I loved him so much and yet I dropped the ball.

Then came something I never expected. My oldest son started getting into trouble. First, I started getting calls from school. It was innocent at first, so I wasn’t too concerned. He’d turn the lights off on a kid in the bathroom or pull some other prank – that’s normal teen behavior, right? But then his demeanor started to change. He became defiant and angry. He started sneaking out the window at night. Obviously, I didn’t catch on for a while – until I started seeing odd dirt marks on the wall in the basement near the window. I’d confront him and he’d deny it – or say it happened long ago and he’d never do it again. Boy, was I a sucker.

I thought the sneaking out was the worst of it, then came the real gut punch – drugs. It started with weed. I confronted him and he promised he wouldn’t do it again – and being the trusting mother I was, I believed him. Yes, I can see how naïve I was when I look back now. But remember, this was my firstborn. This was my sweet, little boy.

Things got progressively worse and I started finding makeshift bongs in his room. Did you know you can make a bong out of a water bottle and a hollow pen? Yes, these are things I now have stored in my brain whether I like it or not.

My once innocent, well-behaved child was now a defiant, law-breaking child. And even though I wanted to fight it and get my old child back, it was too late. I’d been too naïve for too long and he’d gone too far down the rabbit hole. It was heartbreaking and I couldn’t deny that I’d played a big part in his downfall.

How could I have let this happen? Why hadn’t I seen it coming? Why didn’t I see his pain and stop it before it got to this? I had done the one thing I never wanted to do – cause my child pain. And the worst part was that I didn’t know how to help him.

This is where things went from bad to horrible. Once this new child emerged, there was no stopping him. If I grounded him, he’d sneak out. I’d take his phone and he’d buy a burner phone from a friend.

Not only was my son defiant, but he was also incredibly intelligent. There was no punishment I could throw at him that he couldn’t figure a way out of.

He even talked about dropping out of school. That’s when I knew I had to do something – I just didn’t know what.

Unless you’ve been through it, you can’t imagine the heartbreak of watching your child destroy themselves and their future. I wanted so much to help, but he kept pushing me away. That’s when I realized I was fighting a losing battle.

The more I tried to enforce rules, the more he fought back. I had to change my approach of trying to control and protect him. I needed to step back and try to understand him.

I realized that if I loved him and truly wanted to improve our relationship, I had to let go.

To some, this may seem crazy. But a lot of things seem crazy until you’re faced with the situation. I took a step back and looked at my son – really looked at him. He wasn’t a bad kid. He still had a good heart. Deep down I could still see my sweet little boy – the one I’d cradled in my arms. He was just lost.

So, I let him run – to an extent. I gave him more leeway. I stopped grounding him and taking his phone.

I stopped talking and started listening. And here’s the most important part – I showed him, unconditional love. Not love for the son I wanted him to be, but for the son he was – imperfections and all.

That was a good start, but I knew I needed to do more.

We began having family dinners again – something that I’d tossed aside because life had gotten too busy. I wanted him to feel included in our new family and know that he was an important part of it.

I started focusing on the positive things he did instead of the negative.

And here’s the hardest part of all – when we got into trouble, I didn’t bail him out. I let him make his own mistakes and suffer the repercussions. I let him fall – but I was also there to catch him and help him stand back up again. I made sure I was there to help and listen – and give the occasional hug when he’d let me.

These things may seem small, but over time, he began to change again. The metamorphosis was slow. It started with little things. He stopped sneaking out the window and he started coming home for dinner. He got a job, then a driver’s license. He started talking at dinner and telling us about his day. He stopped talking about dropping out of school. He stopped being defiant and started doing chores. He even started hugging me first!

I could feel our relationship getting better. Then one day I looked at him and realized a new child had emerged.

Did I get my quiet, sweet-natured son back? Not exactly. My son is not the same – he’s better. He’s not perfect – he’s perfectly imperfect. He’s strong-willed, but also kind-hearted. He questions authority but is fiercely loyal to the adults he trusts. He’s intelligent, charismatic, and responsible. He’s also a 2020 high school graduate and someone I’m proud to send out into the world. It’s funny, I spent so much time trying to change him and he ended up changing me.

So no, I’m not a perfect parent. But I’m doing my best and I’m taking what I’ve learned and trying to do better. And you know what? I’m good with that. 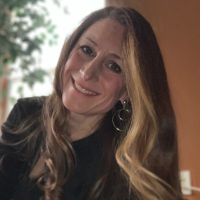 Joy Niemerg is the proud mom of five active boys. In her professional life, she works as a communications consultant for a large healthcare company. In her spare time, she's a freelance writer and owner of Aspiration Ally, a business specializing in freelance writing and editing services.

« The Summer He Turns 16
Dear Mama, Breathe – This Too Shall Pass »